The Myth of the Terrifying Foreign Buyers

Since late last year, the news has been flooded by cries of outpouring foreign buyers flooding the real estate market. As expected, housing prices in the region skyrocketed in response to “terrifying foreign buyers.”

However, experts like Daniel Greenhalgh seem to now agree that the influx of foreign investors hogging the country’s real estate is not the problem, but rather a highly exaggerated symptom—one that is serious enough to merit rapid mitigation measures.

But how does solve something poses a problem?

NOT ONLY IN CANADA

The first thing that one needs to understand about this issue is that this is not a solely Canadian problem. Other countries have similarly encountered this dilemma, and looking at how they approached the problem, analyzing the measures they used to mitigate its ill effects and the efficacy by which they implemented said measures could be a treasure trove of learning experience.

In New Zealand, the small country set precedence by being the first in the world to officially ban foreigners from buying most home types last August. Just like in Canada, New Zealand has been experiencing house prices soar in the past years. Also like in Canada, officials attributed this to the increase in interest from terrifying foreign buyers.

Buoyed by this response from New Zealand, London, which is also experiencing the same ordeal, is thinking hard if such radical action is indeed the key. Residents of the city see themselves allocating almost two-thirds of their income for rent alone, with an average person estimated to need to save for a staggering 46 years to buy his first home. Foreigners, on the other hand, are acquiring much of the newly built housing units in London, with almost three-quarters being owned by overseas buyers. In this context, it is easy to paint foreigners as villains, especially so if the mayor launches an inquiry into foreign investment. However, not all share his views.

David Madden, writing for The Guardian, points out that blaming overseas investors is also the same as disregarding the city’s domestic problems. “Pointing at foreigners is a way to pretend to address the housing problem while ignoring the demands of activists,” says Madden.

This annual tax is payable by owners of residential properties in British Columbia with the goal of preventing housing speculation and helping turn underused properties into homes for people who work and live in B.C.

In the City of Vancouver, the Empty Homes Tax is enforced, that is, each year, properties deemed empty are subject to a tax of 1% of the property’s assessed taxable value. Ontario lawmakers, on the other hand, introduced a 15% tax on foreign homebuyers who do not live permanently in Canada, in the hopes of slowing soaring prices.

Revenues from said taxes will be used by the government to invest in and fund affordable housing projects for the public.

Split on the issue, both industry experts and legislators express their opinions on the laws.
“These actions are essential to Ontario’s economic success,” according to TREB President, Larry Cerqua.

However, according to Daniel Greenhalgh, Co-Founder of ENM Construction Management, Ltd., the government is using foreign buyers as scapegoats for the soaring prices of housing. “If we’re going to get serious about attacking housing affordability, it has to start with increasing the supply of housing stock. I don’t think that foreign buyers and speculators have anywhere near the effect on the market that politicians would have you believe,” says Greenhalgh.

Whether or not foreign buyers are the root of the continuously increasing housing prices in this region, only time will tell. These legislations are now being enforced, and it is certain that the industry shall keep a close watch on how things develop. 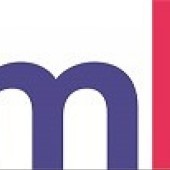 Deciding on a Home Sauna Kit? Here Are a Few Tips

Searching for the Ideal Custom-Made Beds: What to Watch Out For